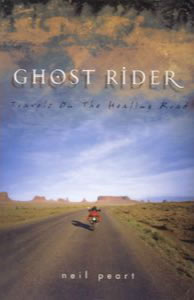 Within a ten-month period, Neil Peart lost both his 19-year-old daughter, Selena, and his wife, Jackie. Faced with overwhelming sadness and isolated from the world in his home on the lake, Peart was left without direction. This memoir tells of the sense of personal devastation that led him on a 55,000-mile journey by motorcycle across much of North America, down through Mexico to Belize, and back again.Peart chronicles his personal odyssey and includes stories of reuniting with friends and family, grieving, and reminiscing. He recorded with dazzling artistry the enormous range of his travel adventures, from the mountains to the seas, from the deserts to the Arctic ice, and the memorable people who contributed to his healing.Ghost Rider is a brilliantly written and ultimately triumphant narrative memoir from a gifted writer and the drummer and lyricist of the legendary rock band Rush.