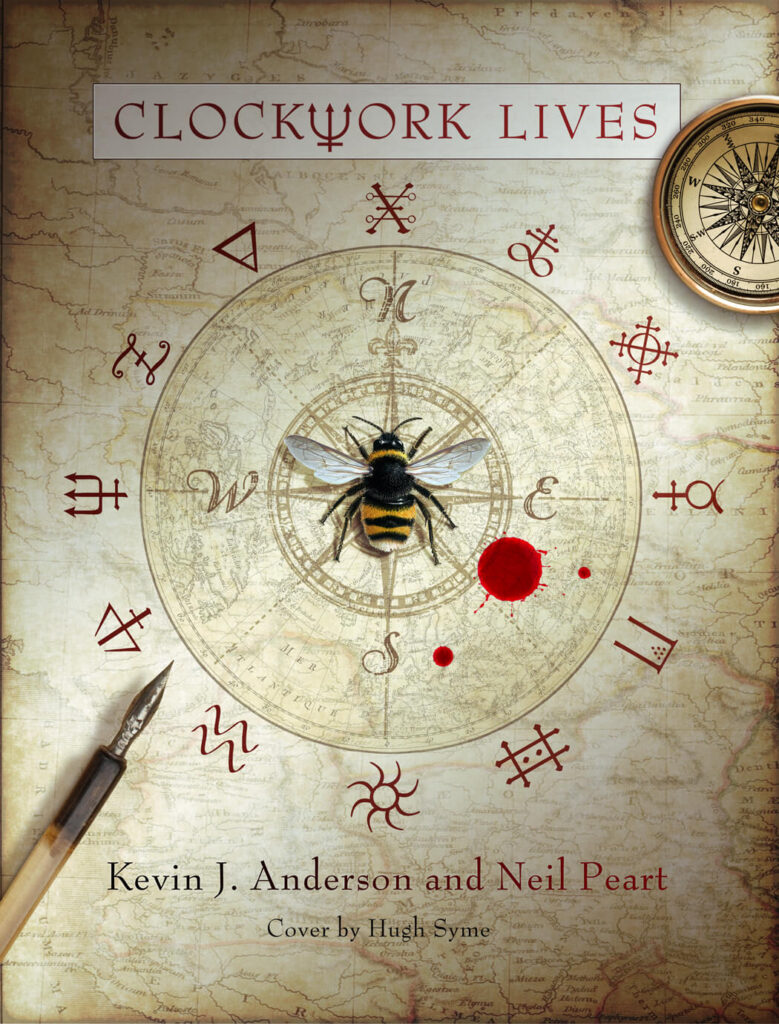 Some lives can be summed up in a sentence or two. Other lives are epics.

Marinda Peake is a woman with a quiet, perfect life in a small village; she long ago gave up on her dreams and ambitions in order to take care of her ailing father, an alchemist and inventor. When he dies, he gives Marinda a mysterious gift: a blank book that she must fill with other people’s stories—and ultimately her own.

Clockwork Lives is a steampunk Canterbury Tales—and much more—that follows Marinda as she strives to change her life from a “mere sentence or two” to a true epic.

Based on the world they previously introduced in Clockwork Angels, Kevin J. Anderson and Neil Peart take the graphic novel to new heights with this adaptation of the best-selling book Clockwork Lives.