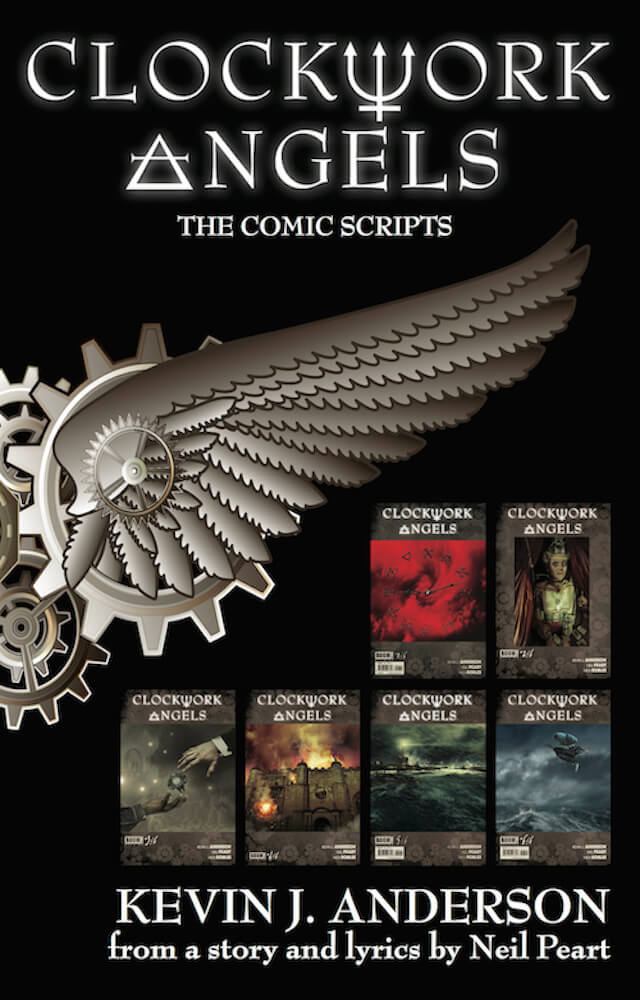 Clockwork Angels is a steampunk fantasy adventure—and an innovative multimedia feast! Based on a story and lyrics by legendary drummer Neil Peart, Clockwork Angels became the worldwide bestselling concept album by Rush and was developed into a New York Times bestselling and award-winning novel by Kevin J. Anderson. Anderson and Peart, working with comics artist Nick Robles, brought the epic tale to a visual canvas, a six-issue graphic novel published by BOOM! Studios. Clockwork Angels: The Comic Scripts pulls aside the creative curtain, showing the original scripts, panel by panel, interactions between author and artist, as well as all the secret “Easter eggs” intentionally planted throughout the images as a special treat for Rush fans. Clockwork Angels: The Comic Scripts is a fascinating book in its own right, to be studied by comic writers, Rush fans, Kevin J. Anderson fans—and anyone interested in a truly astonishing story of a young man’s journey across a remarkable steampunk landscape with airships, pirates, alchemy, lost cities, a fabulous carnival, and a hero who insists on making his dreams come true.